H&H Builders recently completed construction of a brand new studio and two production rooms for Beasley Media Groups 98.5 – The Sports Hub radio station. H&H managed this project from its inception which included the demolition of two existing sound studios in order to provide 98.5 with a state of the art studio that is able to broadcast both radio and television programming as well as two adjacent production rooms that are capable to produce simultaneous multiple broadcasts from the studio. Each of these rooms required intricate sound proofing from the weaving of three layers of drywall to sound reducing fabric panels for the walls and tectum panels on the ceiling. In addition new 1.5” sound proof laminated glass windows were installed between the studio and the production rooms, exterior windows as well as the viewing area in the adjacent hallway. All new electrical and HVAC was installed with additional attention given to eliminate any sound from penetrating into the studio through conduit and duct work. In addi-tion to your normal finishes, anti-static carpeting with grounding strips was also installed to help protect against any static electricity that could potentially damage the production electronics. 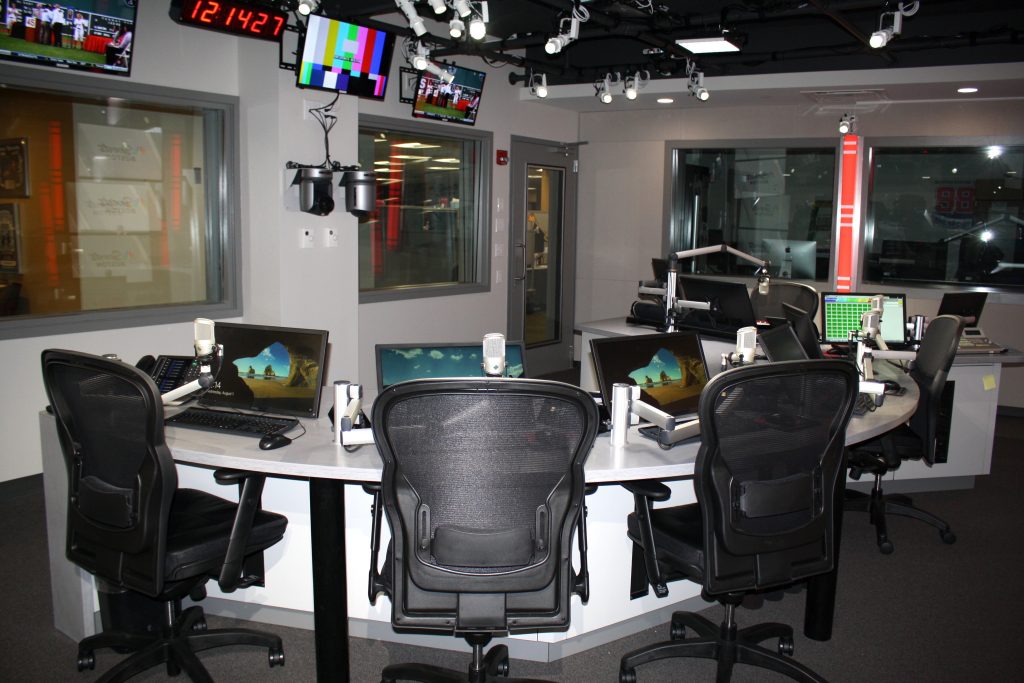 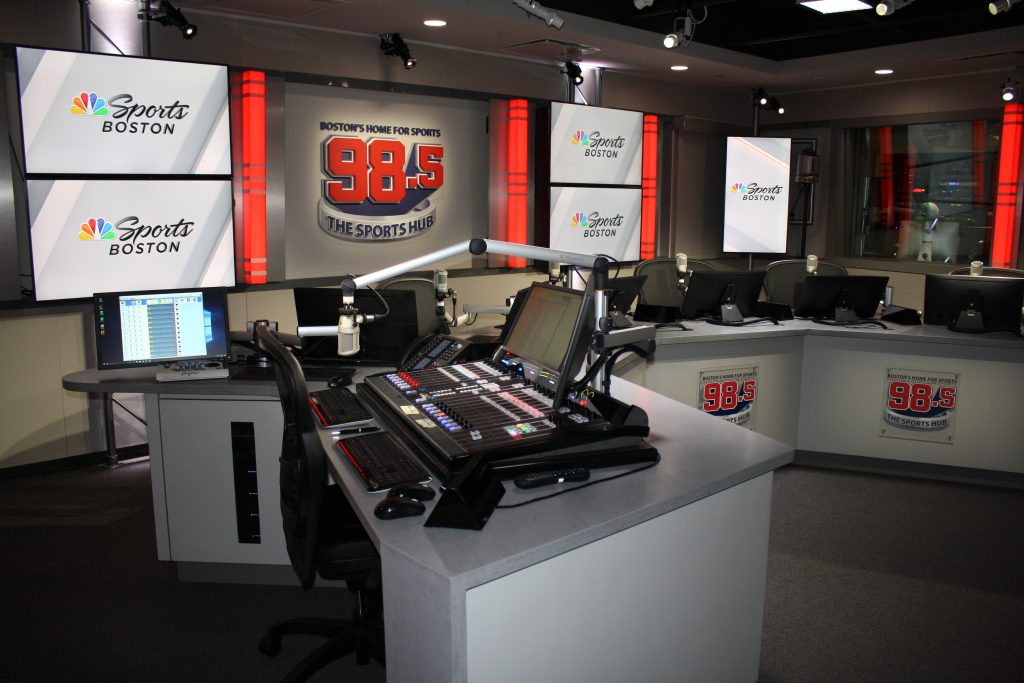 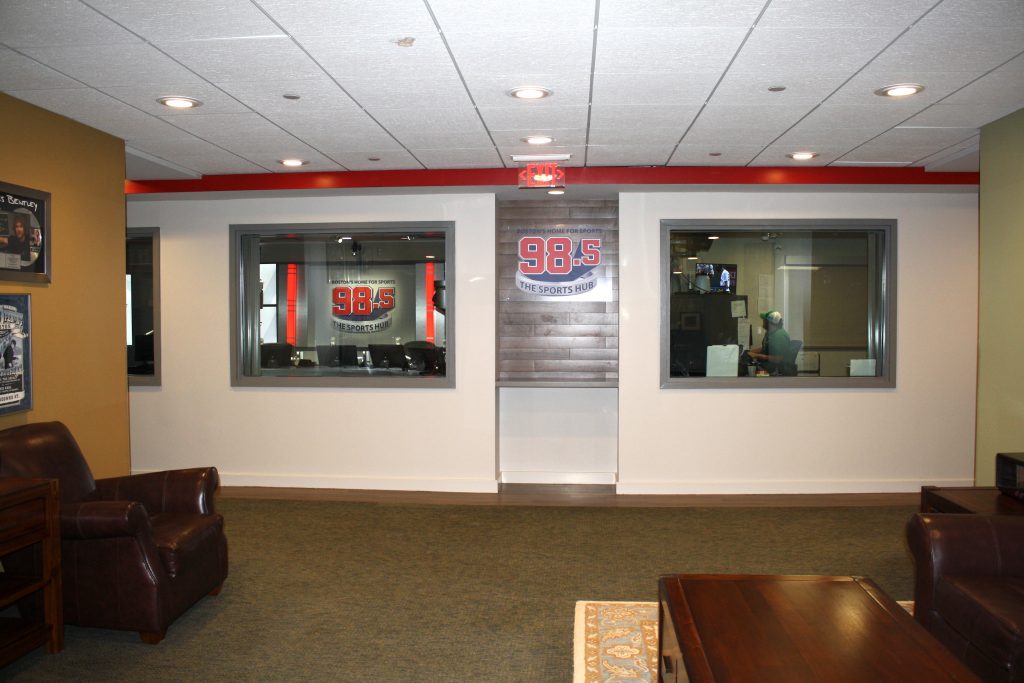 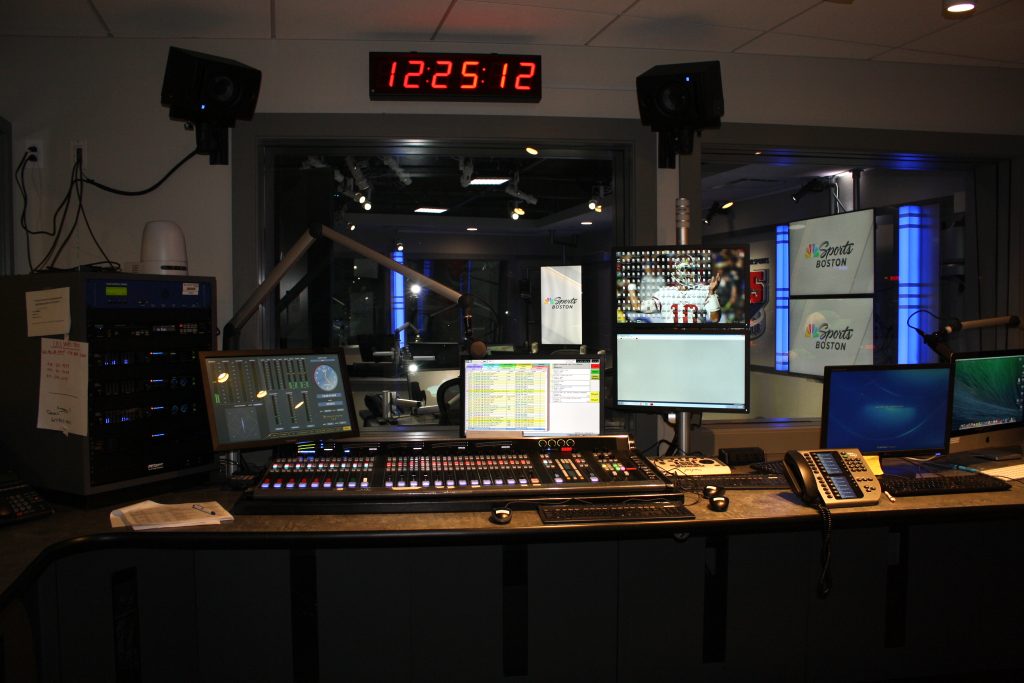 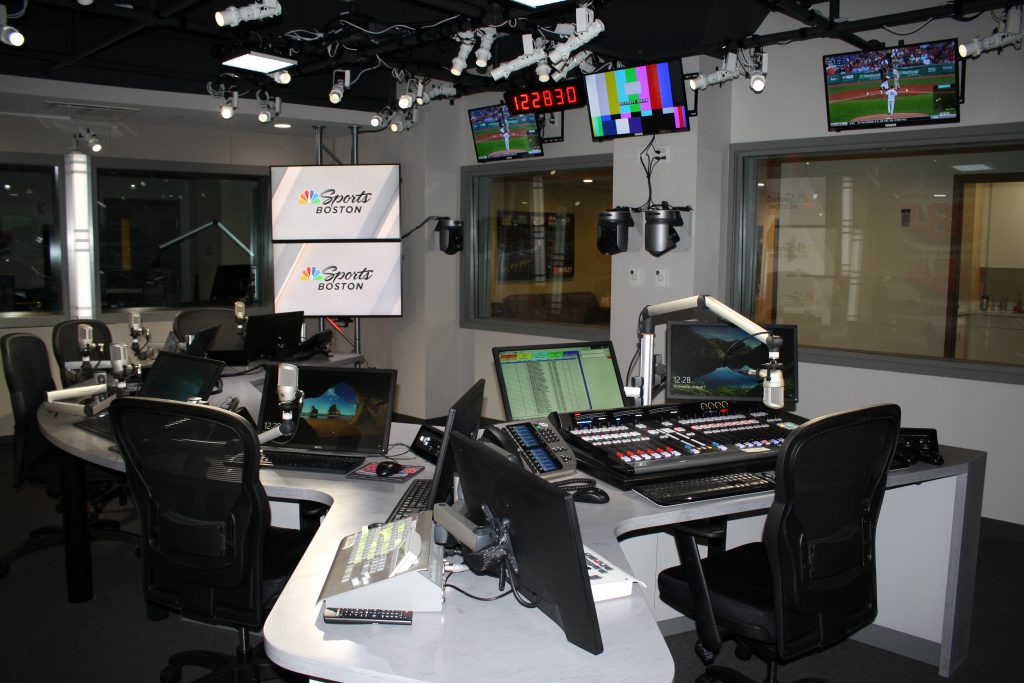 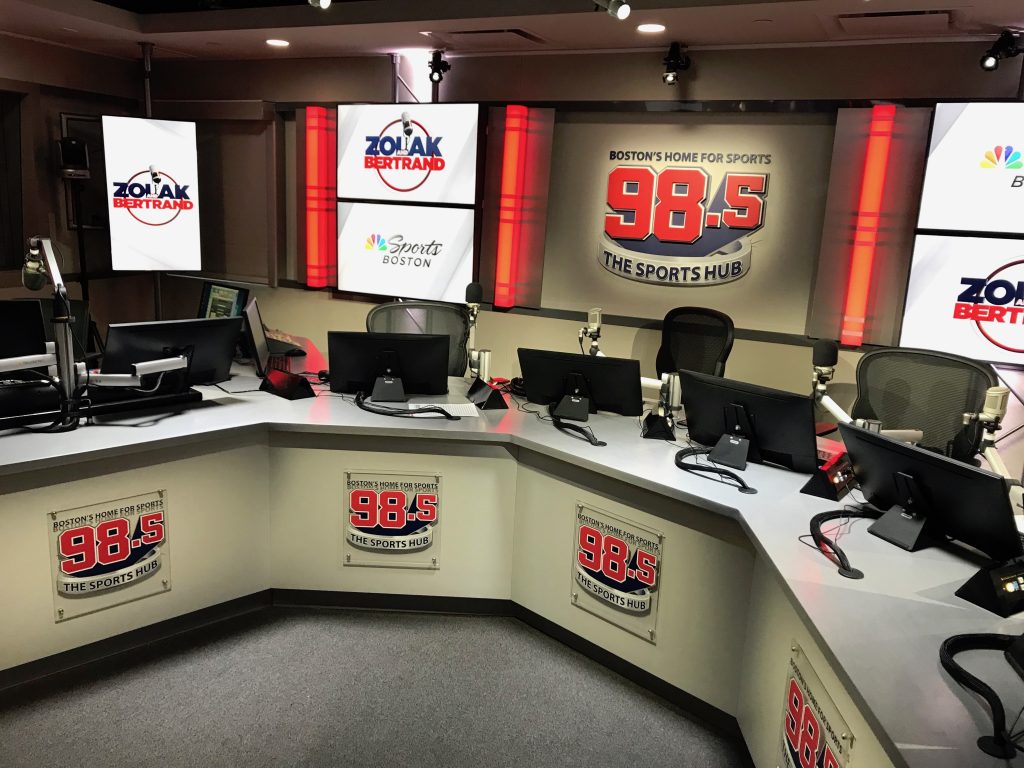